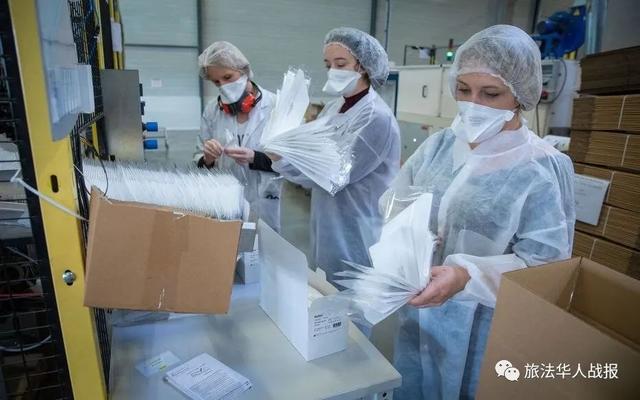 According to the “Parisian” report, in the context of the new crown virus epidemic, it is mandatory to wear masks on the streets, public transportation systems, public services, workplaces, shops and schools in many French cities. Surgical masks have become a daily routine for French people. Part of life.

One year ago, France faced a severe shortage after exhausting its stock of masks. Since then, France had to spend 5.9 billion euros to buy masks in less than a year. These products are mainly from Asian countries such as China. As the "Duck Ming" said, this is equivalent to half of the Paris city government's annual budget, or twice the budget of the Ministry of Culture. According to data released by Frank Rist and French customs, France imported 126,000 tons of masks in 2020.

At the same time, France must resume domestic mask production. In March 2020, President Macron visited four major mask production companies in France and proposed that French mask production should achieve complete independence before the end of the year. Nearly a year later, this goal was achieved to a certain extent. Agnès Pannier-Runacher, the French ministerial representative in charge of industrial affairs, said that at that time, these factories produced 3.5 million masks per week. Now they have reached 100 million masks, a quarter of which The third is surgical masks, and the rest are FFP2 masks.