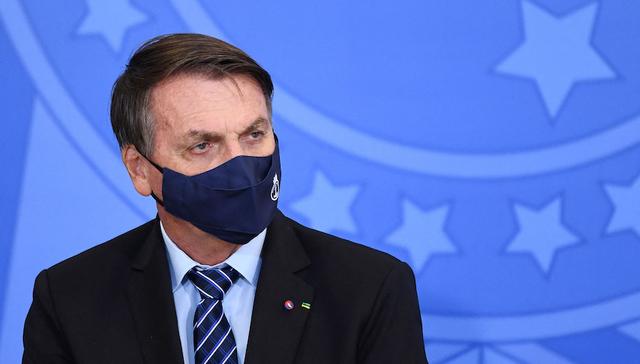 Brazil continues to be the eye of the global epidemic, and the Bolsonaro government, which adheres to a loose anti-epidemic strategy, cannot shirk its blame. In order to restore the hearts of the people, the Brazilian president chose to reorganize the cabinet, but this did not touch the government's crux, and the Brazilian epidemic is currently the biggest uncertain factor on the global anti-epidemic road.

Among them, Foreign Minister Ernesto Araujo was the first cabinet member to be confirmed to resign that day. The reason was that Congress was dissatisfied with Araujo's performance during the epidemic and requested his resignation on the 28th. The post of foreign minister was succeeded by Carlos Alberto Franco Frana.

In Pazulo's ten months in office, the number of deaths from new coronary pneumonia in Brazil rose from 15,000 to nearly 280,000. He himself was called "Pesadello (nightmare)" by the local people.

Brazil will hold a general election in 2022, Bolsonaro wants to be re-elected, he must restore the deteriorating support rate as soon as possible. On the one hand, he reorganized the cabinet because of pressure from centrist parties in Congress. On the other hand, he also hopes to consolidate his political foundation through the reorganization of the cabinet and suppress domestic calls for impeachment.

Although Bolsonaro tried to show his determination to fight the epidemic through personnel changes, as long as his position remains unchanged, it will be difficult to truly control the epidemic. As the former Minister of Health José Gomes Temporo said, "The biggest problem now is the president himself." Bolsonaro regarded the new crown pneumonia as a "small flu" from the beginning, and refused to control the epidemic through social distancing, blockade or mass vaccination. Bolsonaro is more concerned about how to minimize the impact of the epidemic on the economy.

The total population of Brazil accounts for less than 3% of the world's total population, but the number of new deaths in Brazil in the past few days accounted for one third of the world's total. Last Thursday (25th) the number of confirmed cases in Brazil exceeded 100,000, and the cumulative number of confirmed cases has reached 12.57 million; the average daily increase in deaths in seven days has risen to 2,595, setting a new record since the epidemic. As of the 29th, Brazil has had an average daily death toll of more than 2,000 for 13 consecutive days, with a total of more than 310,000 deaths, exceeding the total number of new crown deaths in the 27 EU countries and ranking second in the world.

A report released by the Brazilian Osvaldo Cruz Foundation (FIOCRUZ) on Friday showed that the second wave of the epidemic in Brazil began in November last year. The biggest change from the first wave is the significant increase in the proportion of young people infected. The report pointed out that as of March 13, the number of infected persons aged 30 to 39 in the country has increased by more than five times this year, and the number of infected persons aged 40 to 49 has increased by 600%, while the total number of confirmed cases in the same period has increased by 319%.

The more contagious mutant strain P.1 is the main reason for the rapid deterioration of the Brazilian epidemic. The mutant strain appeared in Manaus, which is believed to have gained herd immunity in the first wave of epidemics. Not only is it infectious 1.4 to 2.2 times higher than the original strain, but it is also likely to have the ability to escape human immune response. Ability to cause secondary infections in patients with new coronary pneumonia. Although there is no evidence to confirm, the surge in deaths in Brazil may also mean that the mutant strain is more lethal.

At present, the Brazilian medical system has been overloaded, with more than 6000 patients waiting for beds in the intensive care unit.