China News Agency, Phnom Penh, November 15 (Reporter Ouyang Kaiyu) In order to cooperate with the full reopening of the country, the Cambodian government has decided to allow Cambodian nationals and foreigners who have completed two doses of vaccines from the 15th, without requiring isolation and observation after entering the country.

The Cambodian government has issued the above-mentioned instructions on the latest immigration control measures to the responsible persons of relevant departments. Cambodian Prime Minister Hun Sen stated that in view of the fact that the number of people in Cambodia who have been vaccinated against new crown pneumonia at all ages has reached 88% of the country's population, the government has decided to further relax immigration control measures. 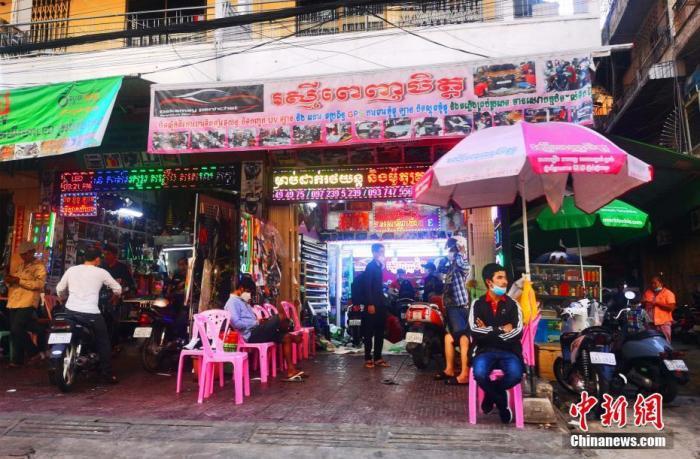 The picture shows the Uyasi Market in the center of Phnom Penh, Cambodia. Many shops have resumed business. Photo by China News Agency reporter Ouyang Kaiyu.

Hun Sen pointed out that Cambodian nationals and foreigners entering the three international airports in Cambodia, namely the airports of Phnom Penh, Sihanoukville and Siem Reap, do not need to be isolated after entering the country if they have completed two doses of vaccinations. All you need to do is to undergo a rapid screening test at the airport. Those who have not been vaccinated in the morning are still required to undergo a 14-day quarantine observation after entering the country.

At present, Cambodia is stepping up the implementation of the "New Normal Life Strategy under the New Coronary Pneumonia Epidemic" and will fully open all sectors of the economy to accelerate economic recovery. After the school was approved to resume classes on November 1, the Cambodian government successively allowed theaters, fitness centers and other industries to resume opening. In addition, the government also plans to allow entertainment venues and nightclubs to resume operations from December 1.