﻿ Fighting the epidemic with one heart, the new police in Guizhou live up to their youth and youth, and fight against the epidemic on the front line-KYD Mask machine

Fighting the epidemic with one heart, the new police in Guizhou live up to their youth and youth, and fight against the epidemic on the front line

During the current epidemic, the police will not retreat! Since the outbreak of the current round of the epidemic, the Party Committee of the Guizhou Provincial Public Security Department has resolutely implemented the decisions and deployments of the Party Central Committee and the Provincial Party Committee and Provincial Government, activated the wartime mechanism as soon as possible, and united and led the party organizations at all levels of the province's public security organs and the vast number of auxiliary police officers to make every effort to They went to fight against the epidemic, and on September 7th and 9th, they arranged to deploy more than 440 new police officers who had just completed their police training to go to Yunyan District, Nanming District, Huaxi District and other key areas in Guiyang City to assist. Carry out social control work. 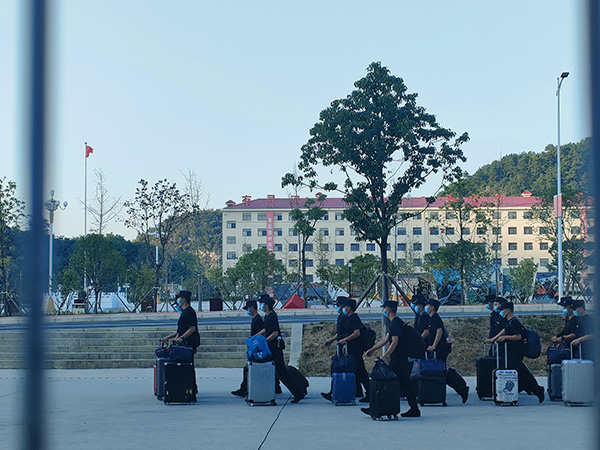 In Yunyan District and Nanming District, more than 100 new police officers volunteered and actively participated in the anti-epidemic work in key control areas such as Zhongtian Sweet Town, Zhongtian Future Ark, Huaguoyuan W District, and worked in two shifts. 24 Adhere to the nucleic acid testing points and sealing control points in various communities for hours. On September 9, they persuaded a total of 236 people to return home, helped more than 280 households deliver daily necessities, and delivered more than 30 meals to the lonely elderly.

In Huaxi District, more than 340 new police officers are concentrated at checkpoints near Hepeng Village, a high-risk core area for epidemic prevention and control. On September 9, 73 police patrols were organized around the village, 65 people were persuaded to return, and 16 people answered their questions and solved problems on the spot, ensuring that the area in charge was in good order, and there was no gathering or going out on the road. 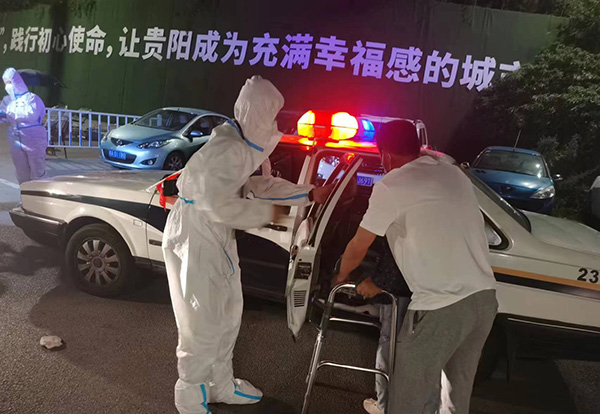 In the face of this round of epidemic, the new police officers who have just entered the police battalion have said that they will follow the general requirements of "loyalty to the party, serving the people, law enforcement impartiality, and strict discipline", and have the courage to take responsibility and take responsibility on the front line of the fight against the epidemic. With a high-spirited attitude and fighting spirit, we will faithfully implement the original intention and mission of "people's public security for the people" with practical actions.

Fighting the epidemic together, wearing masks correctly to prevent epidemics is very reliable New Science of Epidemic Prevention | How to choose the right mask for different occasions?